The way we see it, 2020 isn’t just the start of a new year, it’s a new decade. A new decade with wide-eyed optimism and perfect vision (get it?). So fittingly, our first WE FOUGHT THE BIG ONE YouTube mix of the year is BIG in scope.

As this mix illustrates, it’s a great big wide world out there of off-kilter music, and we’re just skimming the very tippy top. It goes without saying that WE FOUGHT THE BIG ONE DJ Rick Taylor and guest DJ Ahmad Zaghal want you to start this new bold era with an equally bold 10-track YouTube soundtrack. Happy listening!

Rick: When Anika’s self-titled debut album was released in 2010, it seemed to come out of nowhere. How did a Berlin-based political journalist/chanteuse end up working with Portishead’s Geoff Barrow and his Beak> bandmates to make a record of dub-infected, post-punky covers of 60s pop and folk tunes? When the results are as stunning as “Terry,” ours is not to reason why, but simply revel in its afterglow.

Rick: Lizzy Mercier Descloux was a FORCE OF NATURE. Lizzy lived to make art — she not only wrote music and sang, but acted, painted and was a writer. She was instrumental in lighting the punk “fire” in France, but her connections with the NYC late ’70s no wave scene were undeniable (her partner was Michael Esteban, who co-founded the legendary ZE Records label). “Fire” electrifies with its perfect frisson of discordant DIY restlessness and driving dance grooves. Do yourself a favor and check out her reissues via Light in the Attic. 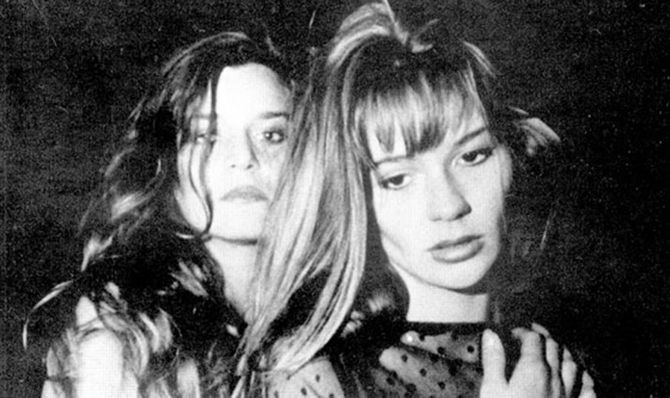 Rick: Saâda Bonaire has a fascinating story. This German band was the concept of Ralph “Von” Richtoven, a Bremen club DJ who seemed to fancy himself Germany’s answer to Malcolm McLaren. He brought together two female vocalists — his fiance Stefanie Lange, and her friend Claudia Hossfeld — both non-musicians, a German reggae band he managed, along with some Kurdish folk musicians he invited to play along. Somehow, the band managed to get signed to EMI and release a single in 1984 that was produced by Dennis Bovell in Kraftwerk’s Cologne Studios. Pretty amazing, huh? Thanks to a valiant reissue courtesy of Captured Tracks, we now know the group recorded over an album’s worth of material with Bovell that was never released, including the amazing “More Women.” 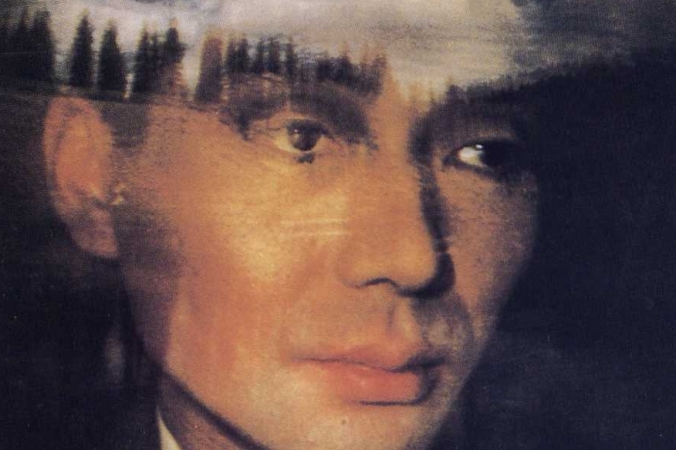 Rick: Thanks to my friend Alex Glendening of Deadbeat Beat, I have a new obsession: 80s Japanese electro pop. But not just any Japanese electro pop, mind you. I’m talking about the arty oddball creations and colorful production work of Yellow Magic Orchestra co-founder Haruomi Hosono. “Sports Men” is taken from his 1982 album, “Philharmony,” which has been described as his most boundary-pushing effort. High praise given that Hosono is regarded as one of Japan’s most influential pop musicians and producers. I love how insanely catchy and weird this is!

Ahmad: The classic Can line-up doing what they do best!

Ahmad: I could have gone with any track on this perfect record and can’t help but wonder what more they could have given us if they stuck around for more than just this one and the live album. 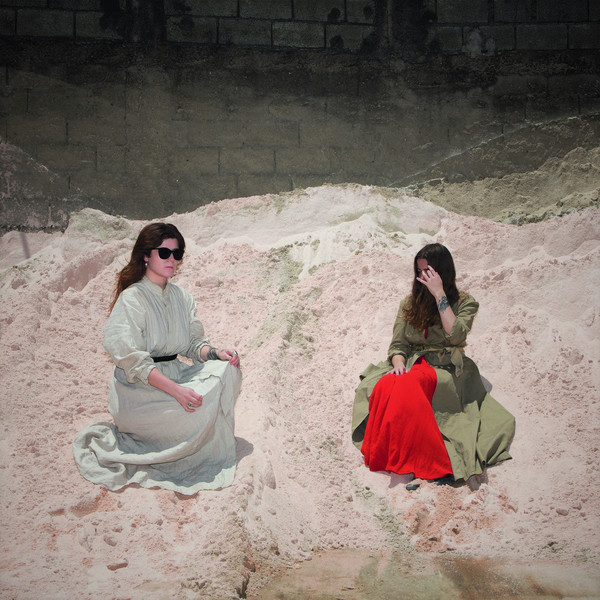 Ahmad: One of my favs of last year. A goth/psych hybrid from Brazil that I’m honestly finding hard to describe precisely. 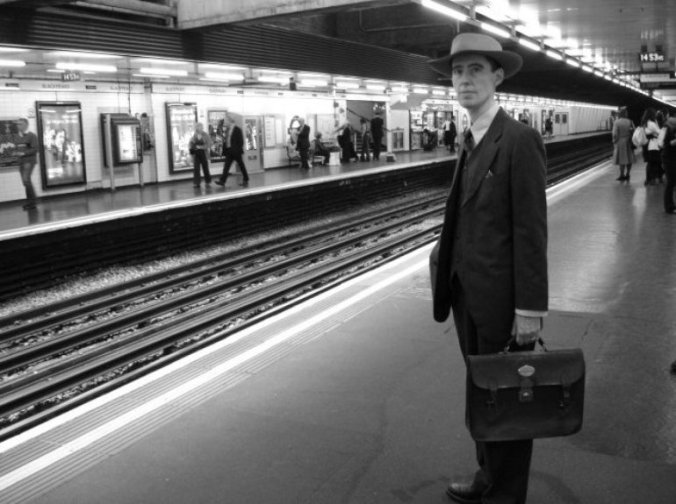 Ahmad: There are tracks I think encapsulate the We Fought the Big One sound and would say that this is one of them. 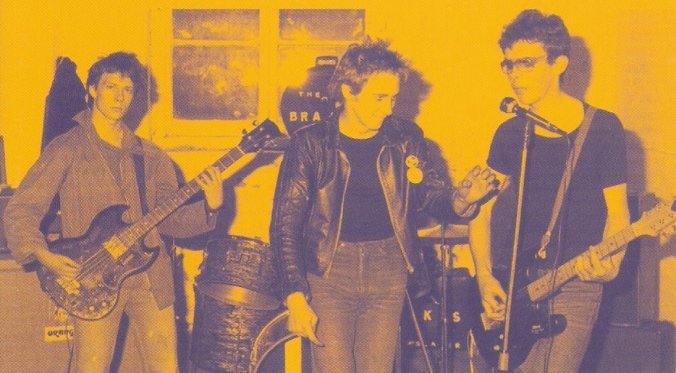 Ahmad: One of the hundreds of gems brought to us by the Messthetics comps.

Like what you’re hearing? Head over to the Marx Cafe (3203 Mt. Pleasant NW, Washington DC) every first Friday of the month for WE FOUGHT THE BIG ONE, DC’s longest-running monthly DJ night. And be on the lookout for a new YouTube mix of oddball favorites every month!

On first listen, it’s tempting to peg DC quartet Clear Channel as some kind of bastard love child that resulted from a three-way between Ian Curtis, Poly Styrene and King Tubby. Keep listening, though, and it’s apparent the band has a love for something those artists tended to lack: groove.

And do they ever groove. Here’s the thing — it is IMPOSSIBLE to listen to the title track of the band’s debut EP, “Hot Fruit,” and NOT move. Impossible. The track boasts an irresistible rhythm, off-kilter electronics, a killer vocal performance and hilarious lyrics (but more on that later).

That brings me to something Clear Channel specializes in which is an all-too rare quality for DC punk bands: piss takes.

If you’re looking for your next favorite po-faced goth band, look elsewhere. Clear Channel are dark, yes, but they’re also cheeky. Frankly, I find the absence of heavy-handedness on offer refreshing. As their “Hot Fruit” EP can attest, this is a band that revels in fun as much as edgy atmospherics.

But just who are Clear Channel? Perhaps not surprisingly, Awad, MJ, Carson and Don are all involved in other bands and creative projects. But based on how consistently impressive the band’s “Hot Fruit” EP is, there’s a strong argument to be made that prolific artists are more in touch with their muse.

With Clear Channel set to play the first WE FOUGHT THE BIG ONE of 2020, I got in touch with the band to learn more about this unusual and intriguing band…

1) What can you tell us about how Clear Channel formed?

First God created weed, then God created bass – and of the bass, God created Mary. Mary was lonely, and so she asked God to sculpt Carson and Awad out of a kick drum and a pair of bongos, and then Don joined and all was right with the world.

2) All of the band members are involved in different bands and creative projects. To what extent does that help or hinder what you do as Clear Channel?

It’s chill. It’s harder because you have less time to jam but it’s also better, because we make more music. Diversifying your bonds, etc.

3) One of the things I love most about Clear Channel is the band’s playfulness. The title track of your EP “Hot Fruit” features a hilarious line “I’m looking for bananas, show me your bananas, I wanna see bananas, two big black bananas!” Would it be fair to say that Clear Channel is an outlet to let loose and do things you maybe couldn’t get away with in your other bands?

“I pretty much sing about dick in every band I’m in, but this particular line just clicked. We get to just do whatever feels right in the moment and roll with it.” – Awad

4) Speaking of other bands, it really does seem like you eat, breathe and sleep music! What drives you to be as involved as you are?

Our drive to create is pretty natural, and it’s very much who we are. There is no other way and it kind of just is what it is. This is our priority.

5) Clear Channel has played with some incredible bands — from Guerilla Toss and Sneaks and even Ex Hex. What is your idea of an ultimate Clear Channel live show? Have you played your ultimate show yet?

We’ve been so incredibly fortunate to play with some great bands and friends, but in terms of ULTIMATE SHOW, I really want us to do a Clear Channel Cruise one day, but playing the National Mall would be pretty amazing or the sculpture garden at the Hirshhorn.

Listen and purchase Clear Channel’s music at their bandcamp page. 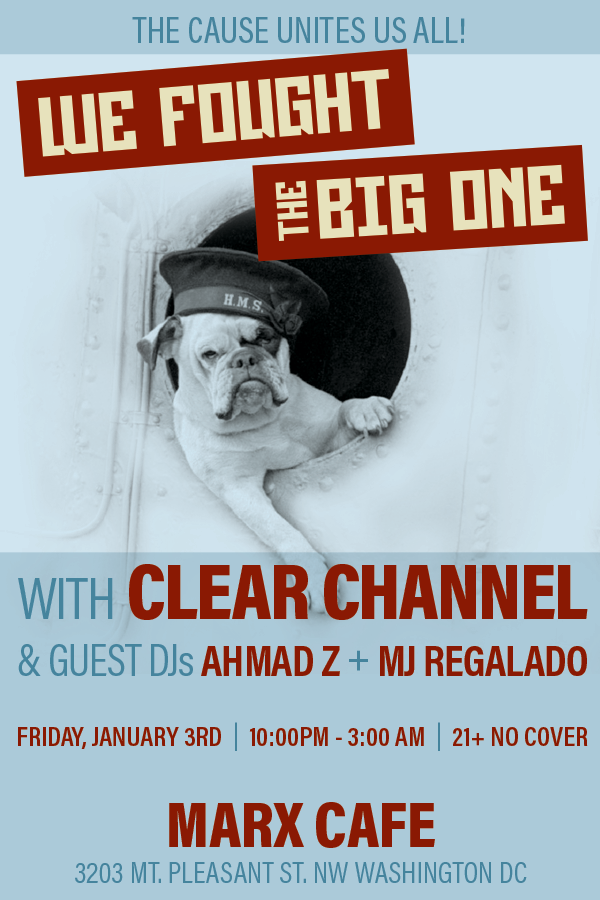