There is something intensely personal about the music of DC-based singer-songwriter Adriana-Lucia Cotes. 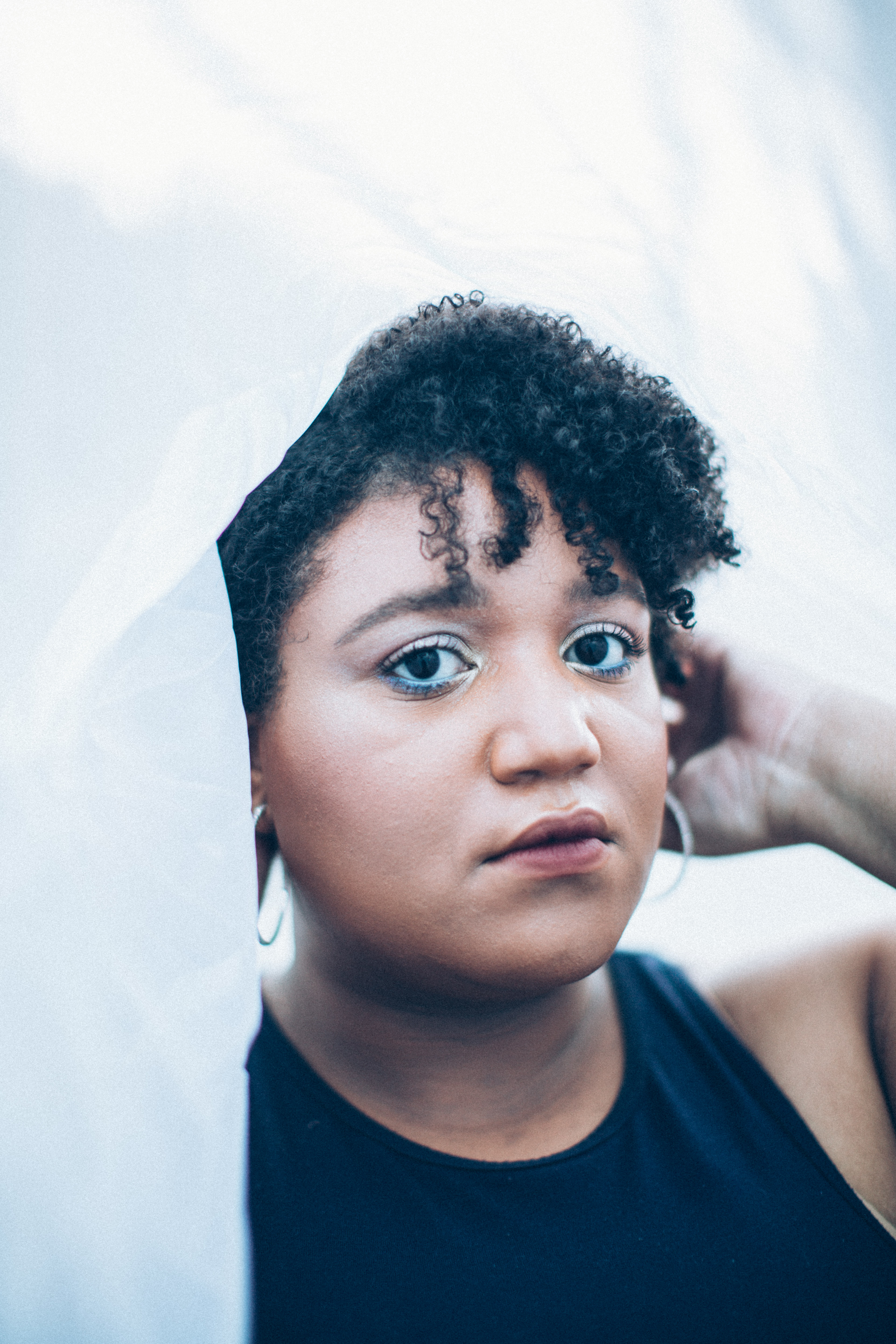 This lack of artifice is a big part of what makes her music so compelling.

Adjectives typically used to describe post-punk vocalists — words like “detached,” “cold,” “indifferent” — could never be applied to Cotes. And that’s a good thing. As her solo recordings and performances demonstrate, there is a lot more to Cotes than post-punk. Even in her most unassuming moments, Cotes’ voice conveys a depth of feeling that is rare. Her lyrics are socially aware, intelligent and pointed at disrupting toxicity in its many forms — and always personal.

I am feeling very grateful for Adriana-Lucia Cotes’ music right now. We are living in an age where we are reminded on a daily basis (especially on Jan. 6, 2021) of the very real human cost of detachment. We need artists who aren’t afraid to feel — even if it means drawing from painful lived experiences. Cotes is an artist who is bold enough — and brave enough — to transform the pain of personal experience into transcendent moments of euphoria.

With Cotes set to perform at the first WE FOUGHT THE BIG ONE Livestream show of 2021, we could not be more excited. Cotes kindly took time out of her busy schedule to answer 5 questions via e-mail. As you can see from our interview, she has some interesting things to say about her journey as a music-maker in our nation’s Capitol, her creative process both as a solo artist and as part of a band, and how she continues to feel hopeful in these frightening times.

1) Can you tell us a little about your journey as a DC-based music maker? When did you first realize that you wanted to write your own songs?

Adriana: I’ve been playing music and singing since I was 8 years old, so music has always been a big part of my life. I moved to DC from the Maryland suburbs in 2011 and soon found myself in art-making communities, at the time I was already friends and acquaintances with a lot of local jazz musicians after working at music stores like Music & Arts and Dale Music in my teens.

It took a while to find my footing and go for making my own music. In the beginning, I had a duo with another local musician, Johnny Fantastic (Di Lascio), and then began my own project and performed under the name Antonia. Then another few years after in my band Mock Identity.

I’ve made and created music since I was a kid, so you could say I’ve been writing songs for most of my life so far!

2) What is your creative process like? With a track like “Wild,” do you usually start with a vocal melody?

Adriana: I don’t have a usual process, because I’m in a different headspace or working with a different interest, or even trying to communicate something different. Sometimes, I have writer’s block, so then I’m forced to try something new. Wild is still in the works, in the sense that the acoustic version is not the final iteration. Something I’ve liked doing recently is writing a song on guitar and taking that idea, those chords, and creating a new version on synth. Guitar’s not my favorite instrument (not my least favorite either, I just have very stout hands), but it is one of the best for me to use to begin writing a song. 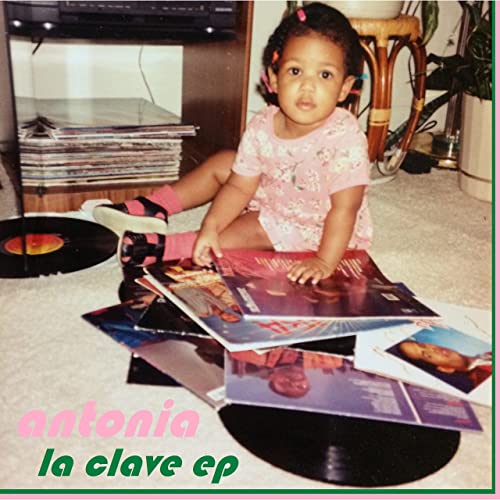 3) I love the sparse, almost ethereal electronic approach of your solo work on the “La Clave” EP as much as the more aggressive, overtly punk infected sounds of Mock Identity. What’s your take on making music as a solo artist versus playing with a band?

Adriana: They’re different experiences, both of which have taught me a lot. Playing in a band is so much fun because you’re feeding off of each other’s energy, and therefore sharing the load of any logistical or aspirational goals you’d like to accomplish. It’s also nice doing everything your way, without anyone else’s input when working alone. I wouldn’t have been able to be an integral part of my band’s sound without already having done my work as a solo artist, and I wouldn’t have learned how to really motivate myself to keep playing shows (or even release an EP) if it hadn’t been for who I met and what I learned in the band and from my bandmates who also have their own solo projects. I think both experiences are vital in getting to know yourself as a musician. 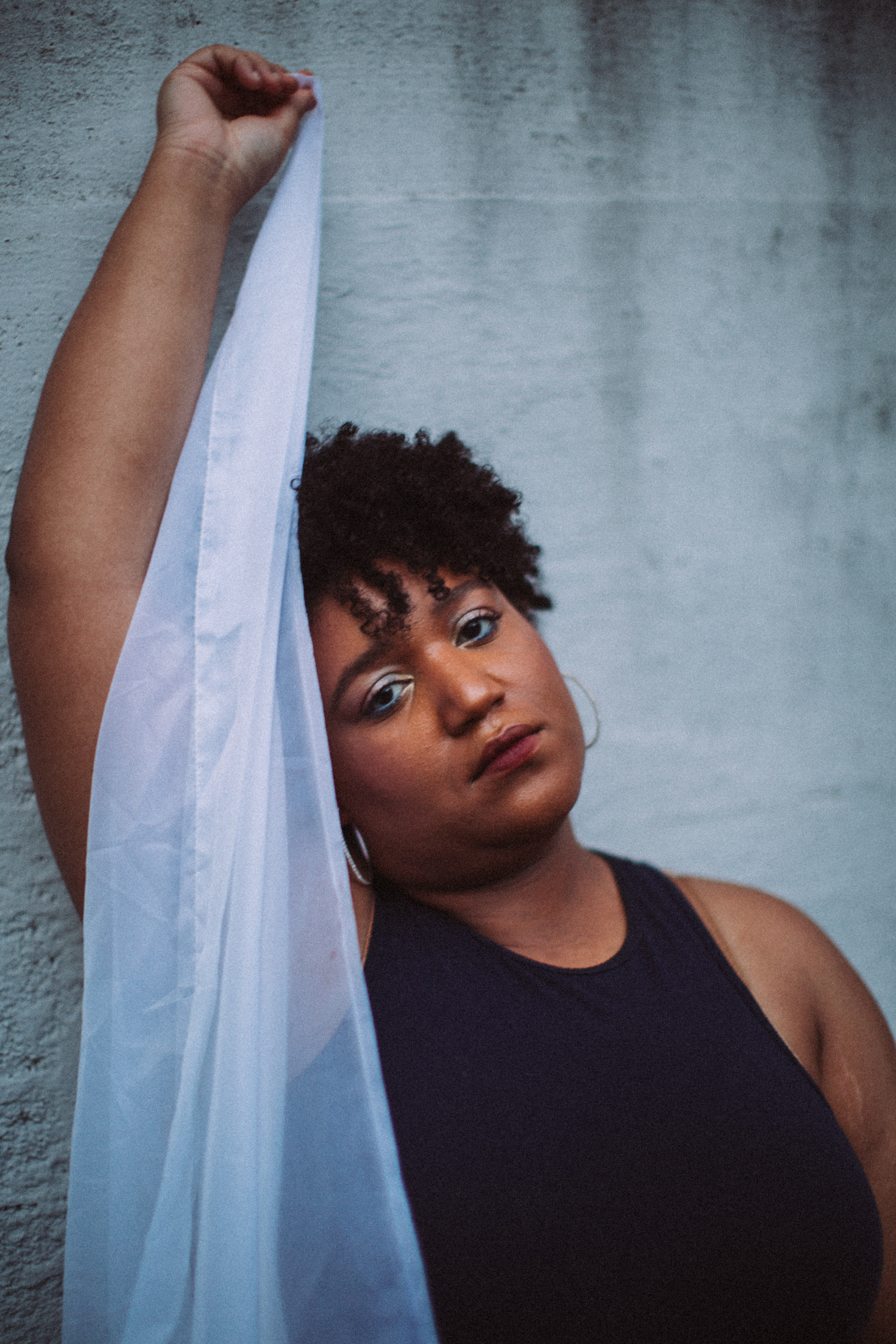 4) I’d like to hear your perspective on DC’s underground music and arts community. As a woman of color and member of the LGBTQ community, what has your experience been like so far?

Adriana: That’s a loaded question! I’m hesitant to call our community underground – we’re definitely well above the ground at this point!

I’m happy with the growth I’ve had in this community and inspired by my peers to push on and continue to make music that speaks to ourselves and others. And I’m excited about the future!

“You may not control all the events that happen to you, but you can decide to not be reduced by them.” – Maya Angelou

Adriana: To me, hope is in another day, with new choices to make to continue moving forward to learn grow and experience life. As people who know me well know, I’m driven by the things I aspire to achieve, and even when things seem their darkest, I can look back on where I came from and what struggles I had to rise from. Soon those dark moments will also become a memory to refer back to during the next challenge. Hope is innate, it always will be there, even if it’s a little hard to see sometimes.

Catch Adriana’s performance at 10pm EST on the Friday, Jan. 8th Livestream edition of WE FOUGHT THE BIG ONE (e-mail Rick for more details: rick.taylor0710@gmail.com)! 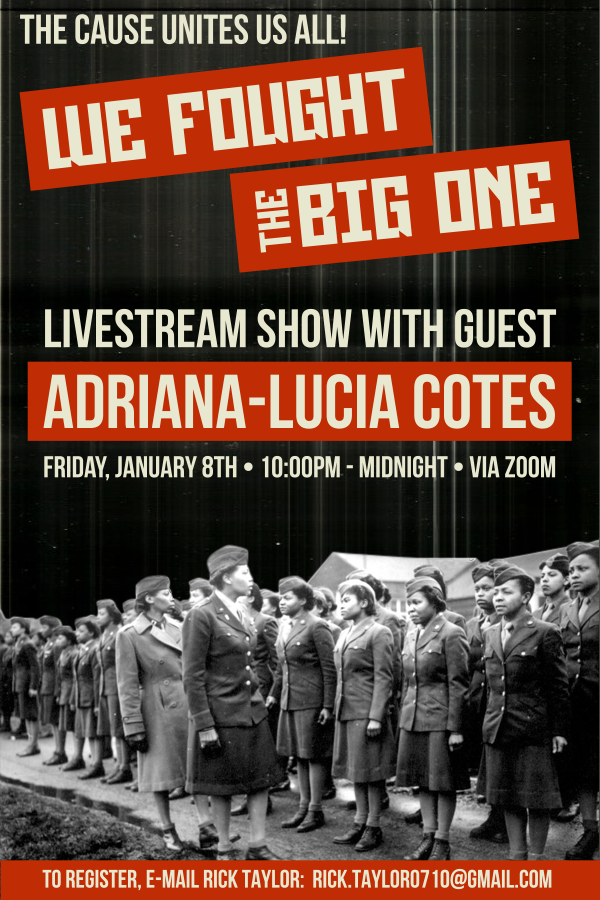