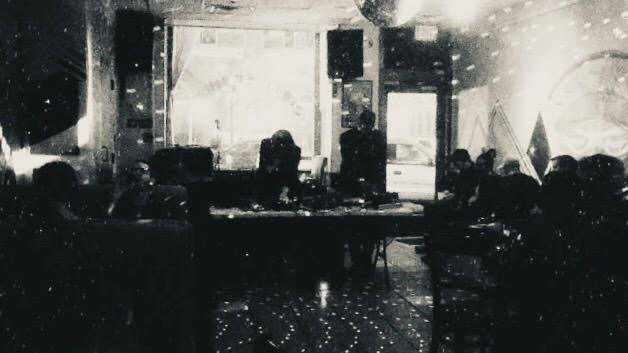 If music is ultimately about transporting the listener somewhere else, let there be no doubt that Lazuli takes us to a place far from anywhere familiar. The music of Lazuli is escapism in its truest sense, with multi-instrumentalists Emily Haugh and Sam Chintha deploying a variety of sounds and techniques — both traditional and unusual — to concoct a mesmerizing psychedelic stew, brimming with genuinely alien vibes.

Lazuli live shows are more than just exercises in performing experimental compositions — they are gateways to another realm for both the performers AND listeners. I got in touch with Emily and Sam to learn more about this very peculiar and interesting band…

1) Let’s start at the beginning. What can you tell me about how Lazuli came to be – and why call yourselves Lazuli?

Emily: The name Lazuli is just a really good collection of letters. Strong vowels and these lilting sounds like L’s and Z. The deep blue color of the lapis lazuli stone is supposed to stimulate primordial psychic intuition. Different people will pronounce it lazul-LEE or lazul-EYE, which is kind of endearing.

Sam: We came to know each other sometime in 2009 when we both used to attend weekly all night free form sound explorations hosted by our friends Damian Languell and Jenny Tucker, who had a group called Twilight Memories of the Three Suns. Emily eventually joined Twilight and I became a hermit. Last March, I ran into Emily at Beatriz Ferreyra’s performance at Hole in the Sky and got back in touch with her. I asked Emily to join me for a set at Amma House as part of the final Avant Fairfax festival organized by Chethan Kenkeremath to honor the life of Andrew McCarrey, who used to organize Avant Fairfax many years ago. And that was our first show.

2) As an experimental band, you deploy a variety of different sounds and instruments – both traditional and non-traditional. What are some of your go-to sound sources – and have you ever stumbled on to a new sound by accident?

Emily: My medium for years has been the cassette, using found or my own pre-recorded sounds from field recordings, my organ, viola etc. I find great power in operating off of chance- just flip the tape and see where it leads. Constant cut-up “accidents.” I started to use voice and the drum machine once we began playing together.

Sam: For me it’s mainly synths and reverb. I use an 80s era Casio digital synth and a monophonic analog synth. I recently added a sampler/drum machine to the mix. I totally believe in the power of accidental sounds. Honor your mistake as a hidden intention. Making music to me is a journey in realizing possibilities, and accidents or intuitive wrong turns are part of that.

3) Both of you have an appreciation for more structured “pop-based” music as well as a love for the avant-garde. Emily, you play a lot of music with verses, choruses and hooks when you dj. Sam, your background in Alcian Blue speaks to your affinity for melding abstract noise with the pop medium. What is it about making music without the confines of a more structured pop format that speaks to you

Emily: We both come from noise/free-form/acoustic experimentations, which kind of develops your music muscle in an improvisational-based physicality. Instead of generating notes the focus is more on transmuting vibrations, pulling out frequencies, themes and textures into (usually) non-linear movements. By the same token, we were both raised on bands like Nine Inch Nails and Skinny Puppy, which is essentially industrial pop music, and are eternally fond of goth, synth pop – things like that. When we first played it was pretty harsh, then it quickly became clear we like to fuse our passion for that kind of music with something rhythmic and muscular; ultimately slightly more structured.

Sam: I’m into the meditative aspect of longer form things. I love perceiving evolving intricacies and textures of sound in longer periods of time than we’re used to, for example, with sounds from Instagram stories flashing through our lives 15 seconds at a time. I read somewhere that when we hear a tone, there is a circuit in our brain that is vibrating at the same frequency. Sometimes playing with synths feels a bit like experimental brain hacking.

4) On the Lazuli Soundcloud page, there is a live recording that listeners can check out. Do you have any plans to share more recordings in the near future?

Emily: Yeah, we plan on doing some online presence. We are working on a tape so that should coincide somewhat.

5) Lazuli has played several live shows over the past few months. Do you have a specific vibe or feeling you wish to cultivate through the Lazuli live show experience?

Emily: We’re very invested in performance as ritual. I believe in using it to transform the physical space into something beyond the voyeuristic/narcissistic performer-audience dynamic. Our interests in magick and our own ritual-heavy religious backgrounds inform every set we do. Much like Catholic mass is a “set,” we aim to transcend the space and connect to a creative source. 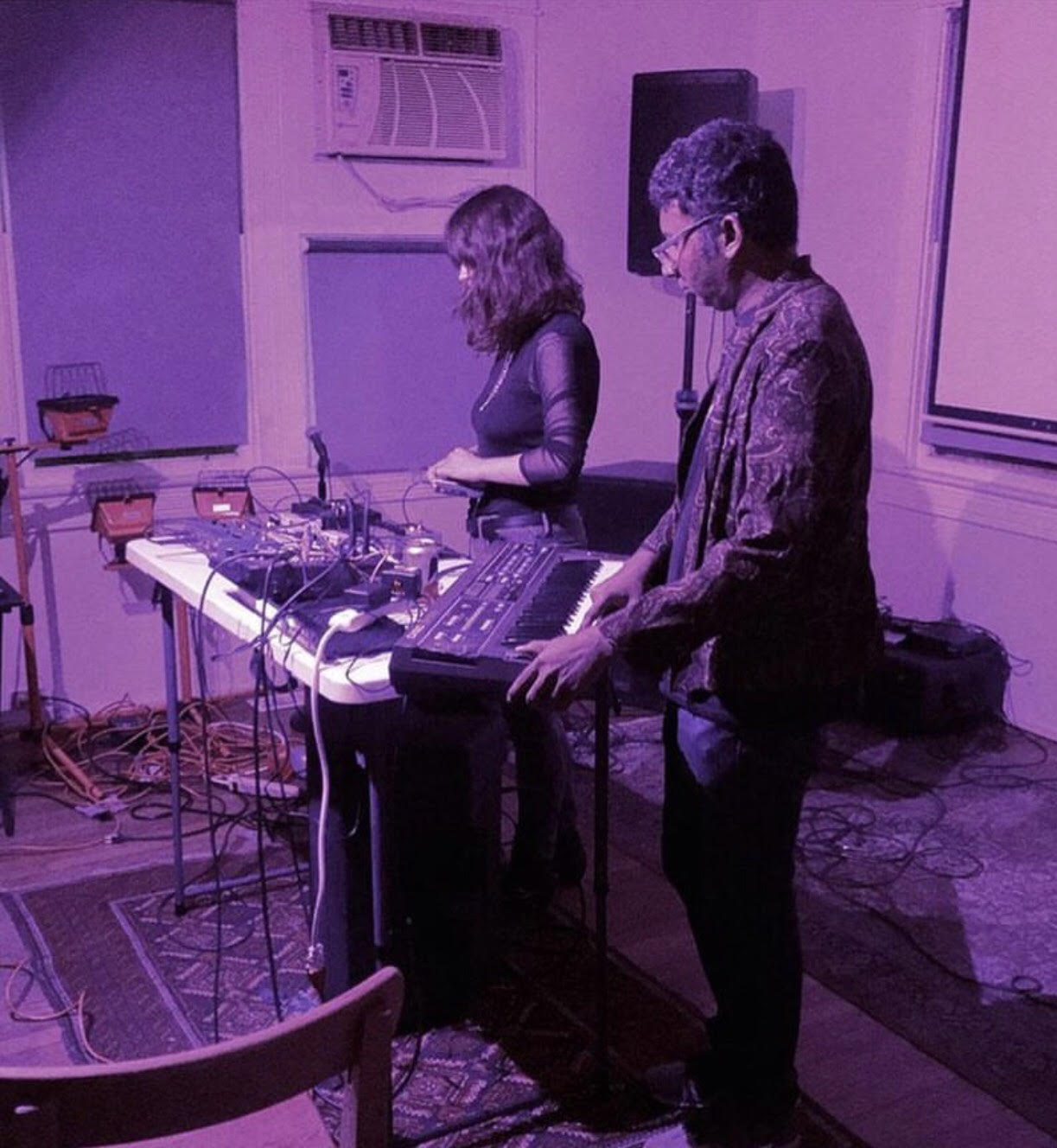 Listen to Lazuli’s 09-01-18 live show at Studio Ga Ga on their Soundcloud page.

Emily Haugh is part of the amazing Nightshade DJ collective with Laura Catania. The Nightshade DJs spin at Showtime bar on the first Thursday of every month. Follow them on Instagram and Like them on Facebook.

Check out Lazuli and guest DJs Nightshade at WE FOUGHT THE BIG ONE on Friday, Feb. 1st!